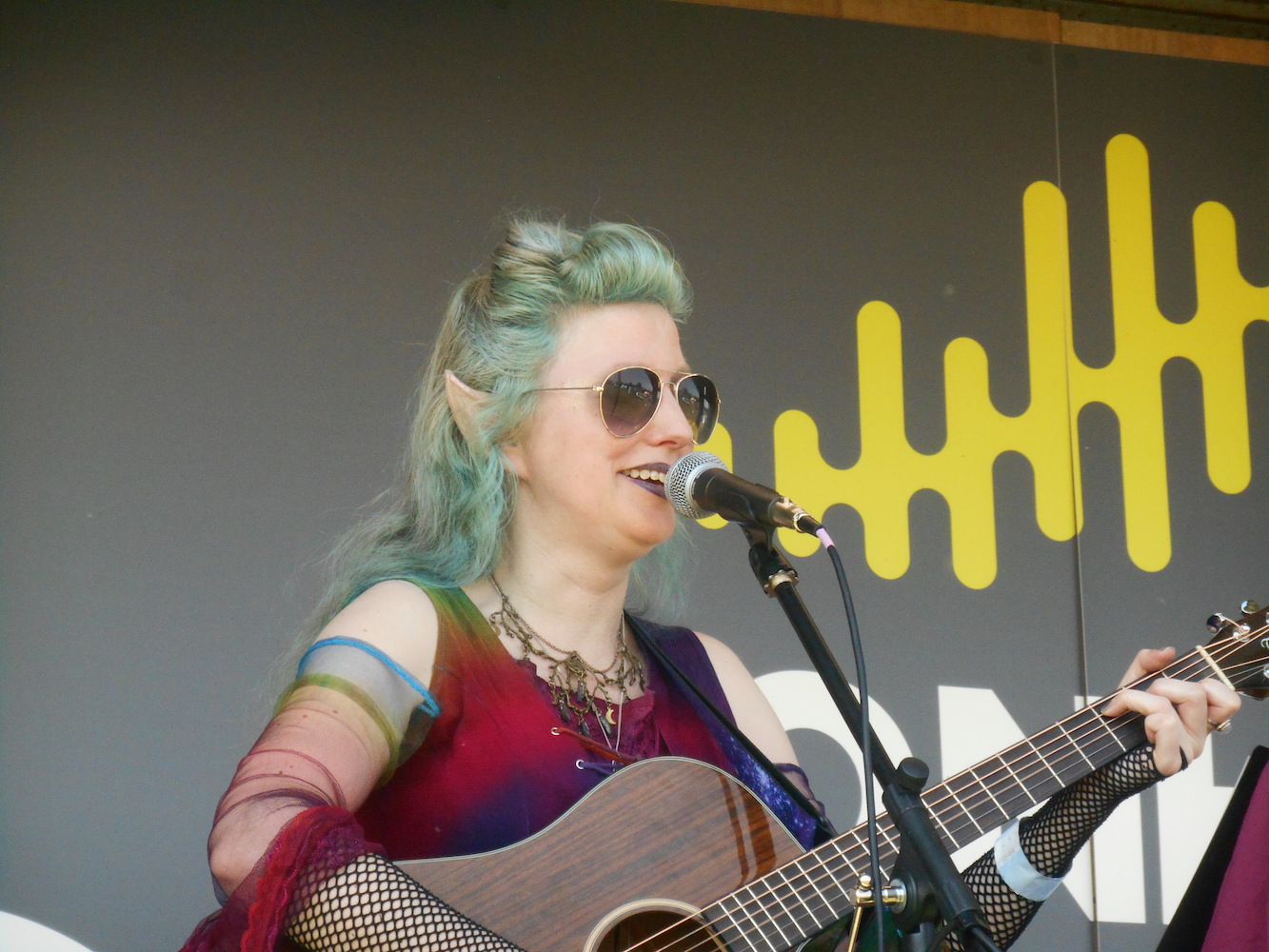 Is it really a flashback if something only happened two weeks ago? Or is it just that I have no imagination this evening and can’t think of a better title?

Okay, so firstly, two weekends ago saw the long-overdue Gone to Earth festival at Stonham barns.

As you can see, Little Orange Dog came along on the Friday evening (she loves festivals) though she stayed home on Saturday and Sunday which were much too hot for her. A special mention goes to the chaps on the Nidhoggr mead stall who helped inspire my newest song “Henry and the mead”…actually, I should explain that a bit. On the Saturday afternoon, after my first set and fuelled only by a 99 with a flake for lunch, I visited their stall. It being a warm afternoon, naturally there were a lot of interested wasps flying around. After I had sampled all their meads on an empty stomach, I began naming the wasps. Henry was the friendly wasp and his brother… the one that always divebombs people who are otherwise minding their own business – let’s just say he had a rather ruder name!

Tipsy, moi? Whatever makes you think that? (it’s okay, i wasn’t driving!) Anyway, after a lovely chat about Cropredy festival, wasps and mead I promised to write a song. A song about the wasps and the Nidhoggr mead…and I always keep my promises! So at quarter to nine the following morning I finished “Henry and the mead” and later that morning I performed it on the outside stage! Recording “Henry and the mead” is on this week’s to-do list so you should be able to hear it very soon! 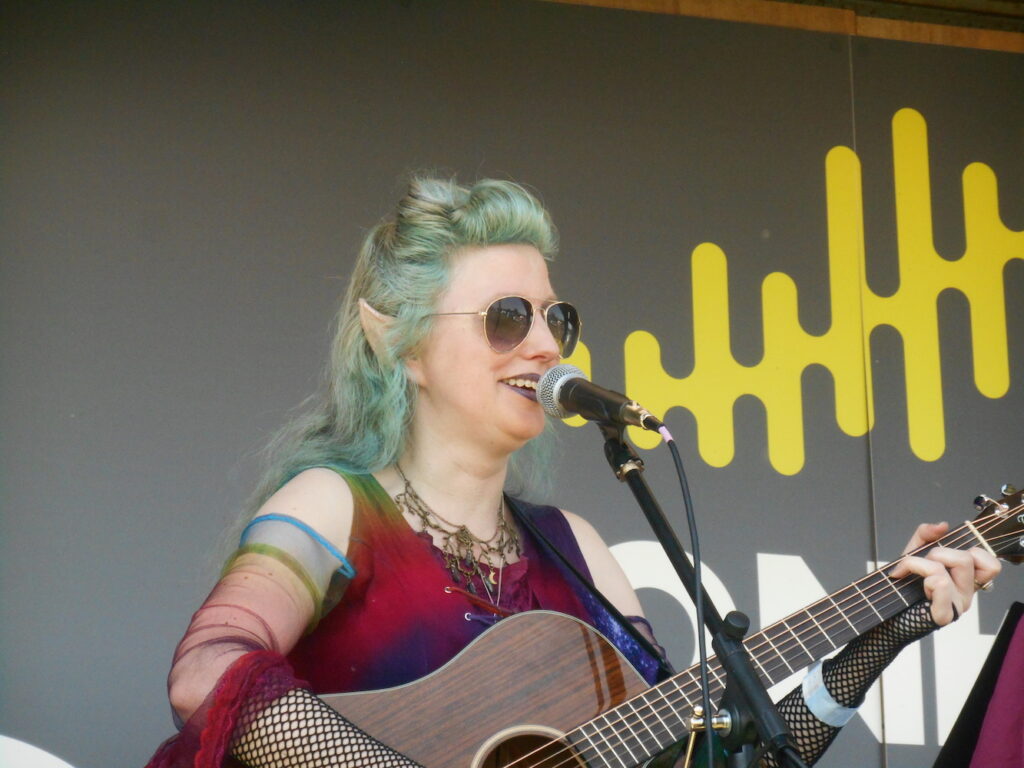 Gone to Earth is a fantastic festival.

Due to Covid it should be in it’s fourth year by now, rather than it’s second, but nonetheless it keeps getting better. I’m already looking forward to next year!