In which, amazingly, Carys actually talks about music!

It’s a weird experience working on my album at home. While I’ve got the equipment, I haven’t got the mixing or mastering software, nor do I have a second pair of ears on hand to tell me when something sounds ‘off’. Well, technically I have, but Little Orange Dog doesn’t really understand music. Awesome Housemate, being the other half of Celandine, does, but she is convinced she’s going to infect my headphones. With what, I have absolutely no idea because she’s been working from home for the past fortnight. We went to Tesco earlier. That is to say, I drove us to Tesco and she did the shopping, because she’s the one without chronic asthma. She returned triumphant with Cadburys’ Creme Egg cakes! I suspect they were supposed to be for Easter, but we’ve eaten half the box already, Ah well.

Now, back to the music! A bit later than if I’d been working in the studio, today I recorded the final vocals for the final WolfSong track. This is “Calling” and it’s the only song on the album entirely written by other people. A few months ago I heard Bards of the Heath perform it and I couldn’t get it out of my head. At this point I thought my album tracklisting was finalised, but you can guess the rest! So, a big thank you to John Goodluck and Sheila Haskins for letting me record their song. I hope they – and you – are going to like it because I got a bit overexcited recording the vocals… Thirty two tracks of vocals, to be precise! 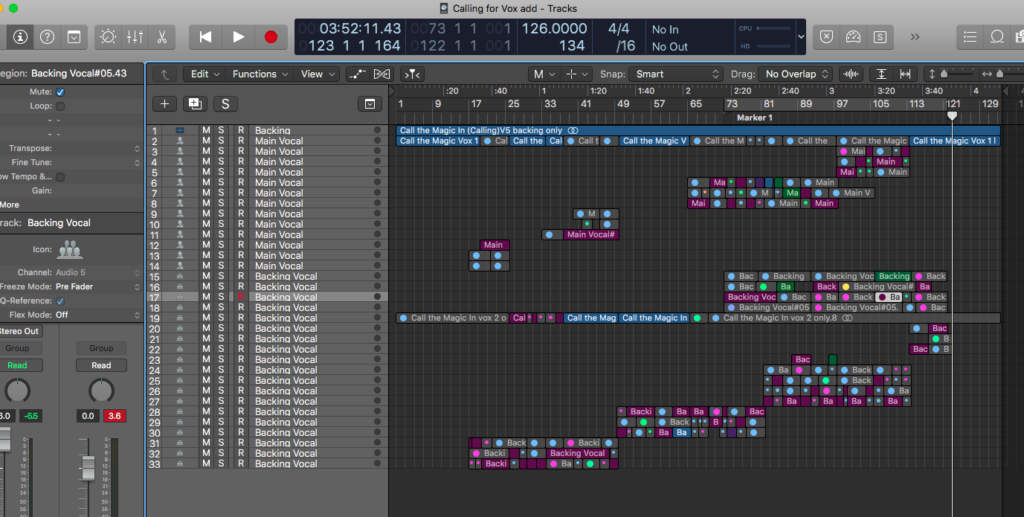 You may be wondering why I recorded in sections rather than singing the whole song at once.

Here is the reason:

So she joins in.

I get about two minutes of singing done each time before she realises she’s being ignored… Just enough for three rounds of a verse or chorus! After that, we get a human-canine chorus and I dissolve into giggles. She clearly thinks she can add something to the album. I keep telling her that it’s WolfSong, not DogSong…

Once I’ve finished recording, I then get to pick out the best takes while an enthusiastic dachshund repeatedly shoves her head into my armpit…

BUT! I have one small section of guitar left to record, and then we’ll just have the mixing left on the final 3 tracks. And then… I will have an album ready for you all!