In Which Awesome Things Happen!

To be fair, looking out of the window and seeing a squirrel would be exciting these days. Actually, it would be exciting, because I’ve never seen a squirrel on my estate. Maybe there are squirrels, but they disguise themselves as blackbirds. Hmm. I shall research this hypothesis and get back to you. Now, where was I?

Oh, yes. Today I developed a magnificent new way of describing how I want a particular section of track to be edited. Really, I think this is the future or mixing. Rather than being in the studio or using clumsy, inaccurate words over the phone, we should all be drawing fabulous pictures of soundwaves, photographing them and emailing them. 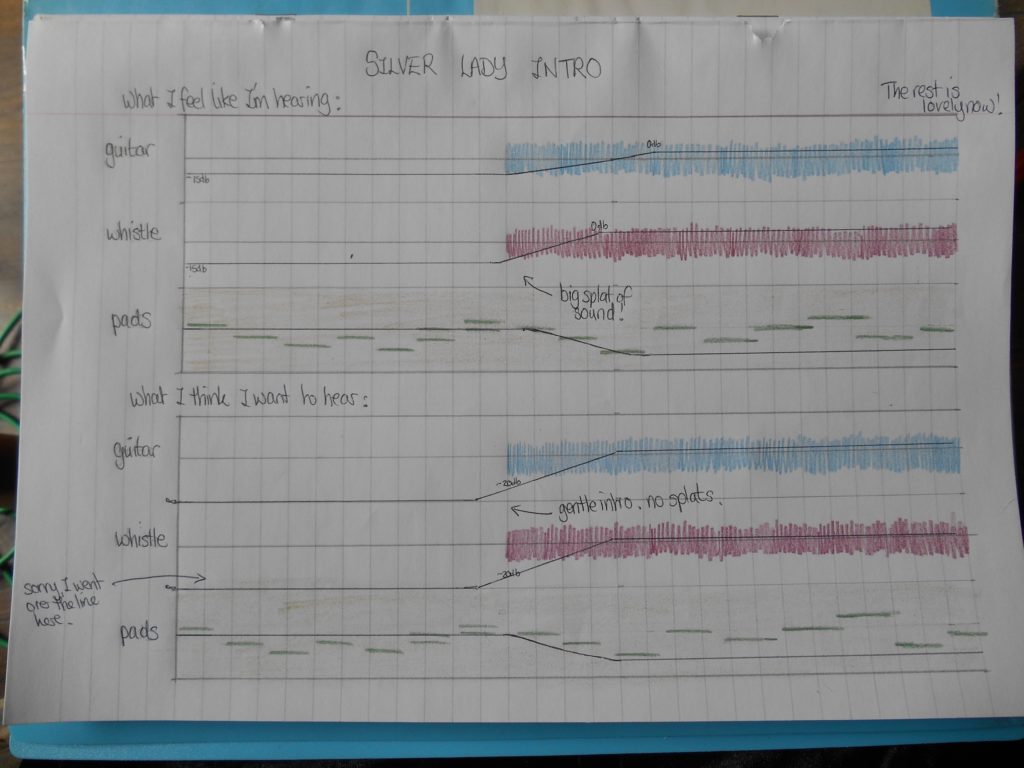 Admit it. You’re impressed (even if I did accidentally colour over the line). I feel much better today, too. The migraine has subsided, so it now only feels like an invisible sadist is periodically driving a nail into my left eyebrow if I move too quickly, which is a massive improvement on yesterday! I’ve also been recording vocals, though I can’t do too much at a time because my living room is infinitely less comfortable than the studio for working in for any length of time! 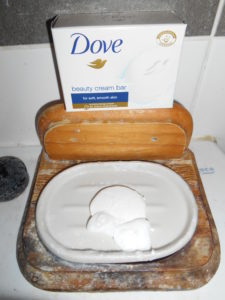 Awesome Housemate and I are currently in the middle of a game of Soap Roulette. What do you mean, you’ve never heard of Soap Roulette? It’s a fantastic game – full of excitement – and one you should definitely try. You will need a soap dish, the dregs of the old bar of soap, and a new bar of soap, preferably still in a box or packet.

The rules are as follows: Whoever gives up using the soap dregs and opens the new box of soap first loses.

You definitely need to try it! I’m sure it’s even more exciting when there’s more than two people in the house!

So far we’ve been playing for two days, but I think someone will have to admit defeat soon…

P.S. I wonder if Awesome Housemate realises we’re playing Soap Roulette? I should probably tell her…