Four and a half years…

Four and a half years. Seven countries. On land, on the sea, in the air, underground and under the sea. AND NOW IT’S FINISHED!!! 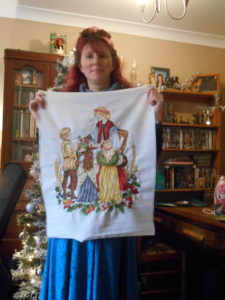 Seven countries: England, Germany, The Netherlands, Belgium, France, Scotland and Norway. I managed to add Scotland when I was on a songwriting weekend in North Cumbria… I drove over the border for the sole purpose of adding a few stitches! Whilst travelling to concerts, as soon as there was a traffic jam, out came the stitching. Waiting for a soundcheck – time for some stitching. On an aeroplane? Just make sure I put my scissors in the hold luggage so I could cut the threads once we reached our destination!

For those of you who saw this on facebook, here are a few more pics of the finished cross stitch. 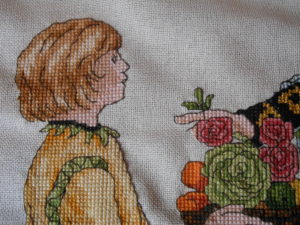 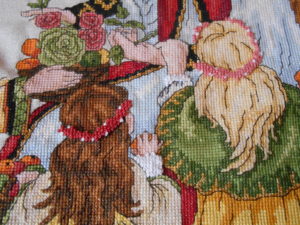 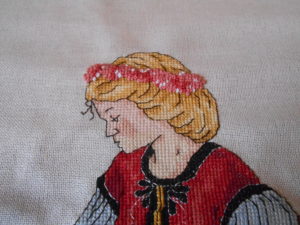 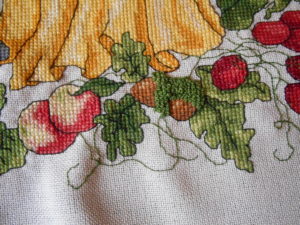 I started sewing in public as a way of dealing with my near-constant anxiety. It has another fantastic benefit though – at least from the viewpoint of a woman with autism. You see, I have a ready-made topic of conversation whenever anyone speaks to me! Maybe this sounds strange to people for whom chatting comes naturally, but having something to talk about has done wonders for my anxiety levels in public! 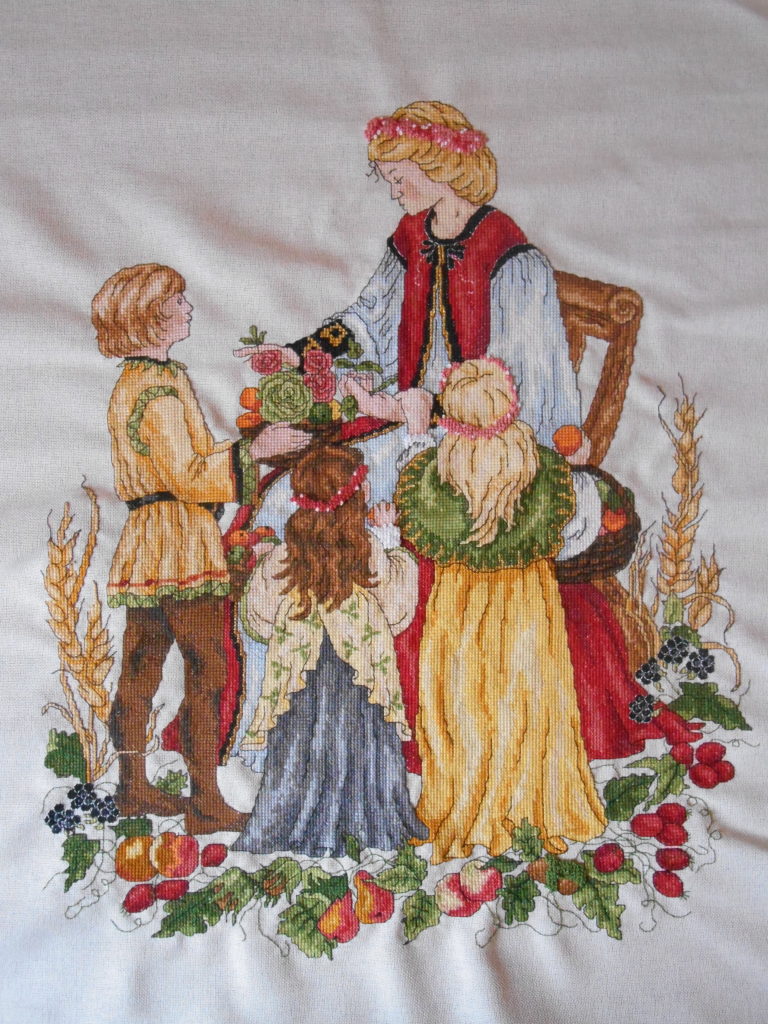